trends, resources, events, women in the industry, giving back, and top products for women

trends, resources, events, women in the industry, giving back, and top products for women 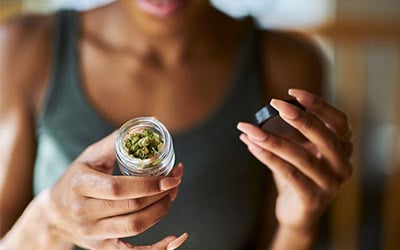 Perhaps one of the greatest quotes of the modern century came from Martha Stewart, of all people, when in a 2013 interview she admitted, “Of course I know how to roll a joint.” While the revelation of Martha’s cannabis consumption habits came as a shock and amusement to many, references to women’s use of cannabis date back as far as the 7th century BCE, with examples listed in the pharmacopoeias of ancient Mesopotamia, Egypt, Greece, Persia, China, Israel, and India, among many others. Indeed, with ample evidence supporting the use of cannabis in Ancient Egypt, there is no denying that the emblem depicted above the head of Seshat—goddess of wisdom, knowledge, and writing—bears striking resemblance to the psychotropic plant known to many around the world.

In the decades since 1937, when cannabis became illegal in the United States following a massive, racism-fueled campaign of misinformation (a topic for another article), much of this information disappeared from the public eye. Now, with medical and/or recreational cannabis legal in 35 states, stigmas against the plant are slowly beginning to fade away as ordinary people gain better access to scientific literature and historical data.

Yet, despite these advances, women still tend to be underrepresented among cannabis consumers. Furthermore, this means that a substantial portion of the adult population is missing out on many of the wonderful benefits the plant has to offer, such as relief from chronic pain, inflammation, anxiety, and more. In addition, cannabis may have certain applications of particular interest to women. From arthritis to migraines to menopause, Torrey Holistics elucidates several of the many benefits cannabis can have for women consumers. Read more…

At Higher, Empowerment Starts From Within

By Guest Contributors Kirstie and Donna

Spotlight on Women’s Pleasure: An Interview with the Queens Behind Her Highness

The Science Behind Cannabis’ Effectiveness for Sleep

Smashing the Grass Ceiling: An Interview with Katie McWilliams of Jetty Extracts

Cannabis Products for Women or from Women-Owned Companies

Infused lineup of luxurious products from an all-women company

the radically refreshing wondermint that sparked a microdosing revolution

designed for those with ongoing sleep problems

Infused lineup of luxurious products from an all-women company

the radically refreshing wondermint that sparked a microdosing revolution

designed for those with ongoing sleep problems 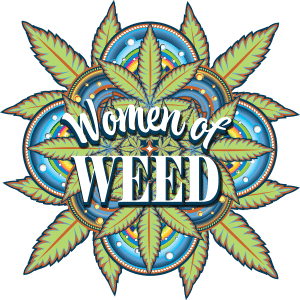 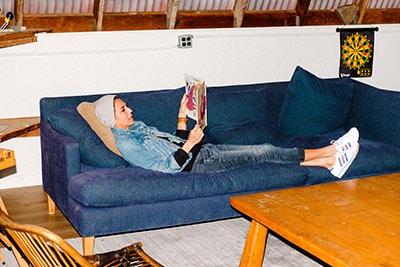 Dominique Crenn is currently the only female chef in America to attain three Michelin stars for her restaurant Atelier Crenn, in San Francisco, California. Dominique brings to Rose a level of artistry and core set of values that align with Rose’s ever-evolving mission to create a self-sustainable regenerative business model-turned-lifestyle. A cancer survivor (paralleling Rose’s owner—both were coincidentally treated at the same San Francisco hospital), Dominique has a deep understanding of food’s connection to health as well as a sophisticated background of sustainable practices of farm-to-table dining (she owns a farm in Sonoma from which she harvests produce for her restaurants). The intuitive and passionate way she works with food and her relationship to the land aligns beautifully with Rose’s core values, ultimately paving the way for a diversity of culinary voices that Rose believes will have a significant impact on the future of cannabis edibles.

“Rose is a company that speaks to me on all levels—authenticity, transparency, quality and sustainability, pairing beautifully with my dedication to artistry and thoughtfulness in food and dining. The cannabis plant is an ancient crop, which I find fascinating on all levels, from its rich origins to its composition and medicinal purposes. In collaborating with Rose, I plan to add a sense of place and storytelling to the seasonal menu with the goal of creating a poetry that touches all of your senses.” – Crenn
As part of Rose’s dedication to partnering with renowned culinary talent on recipe development—previous and upcoming partners include chefs Nicole Rucker, Tara Thomas and Natasha Pickowicz —Dominique tapped her peers from around the globe to create seasonal delights using local produce from some of California’s most celebrated regenerative farms. 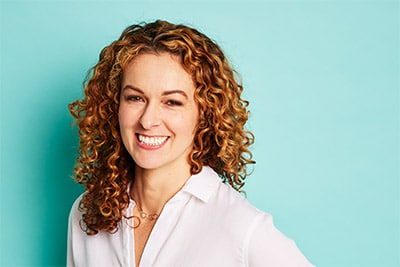 Kristi Knoblich Palmer is cofounder of Kiva Confections. Prior to a career in cannabis, Kristi worked in the fine dining/hospitality industry and co-founded a wedding photography business. Taking what she knows from the customer services industry, Kristi is the driving force behind Kiva’s customer service philosophy and has created and applied best practices in sales, distribution and marketing to cannabis operations. Kiva serves six states with its premium edibles, as well as provides category leaders in other verticals through its California distribution company, Kiva Sales and Service.
Kristi is passionate about creating a healthy regulatory environment for the cannabis industry. She is on the Board for CCIA and is a founding Board member of CCMA, two reputable California cannabis trade organizations. 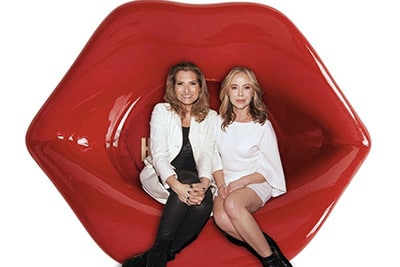 Laura Eisman is a several-time entrepreneur, best known for founding Girlshop.com, fashion’s pioneer e-commerce site, in 1998. Purveyor of hundreds of cutting-edge designers, with a flagship store in NYC’s Meatpacking District, Girlshop became the premier destination and authority for trend-making style at a time when investors couldn’t believe people would actually buy clothing on the Internet. The brand’s cool, relatable viewpoint spawned 2 sister websites, branded shopping tours, a personal shopping service and a NYC shopping guide. Laura has been written about in The Wall Street Journal, The New York Times, Ad Age, Entrepreneur and People among other publications, and cited as one of 50 New Yorkers to watch. She served as Creative Director at iVillage and Creative Consultant at AOL, where she relaunched StyleList.com to fame. Laura specializes in brand development, trend forecasting, visual and textual content, public relations and marketing to women.

Allison Krongard founded the wall décor company WallCandy Arts (WCA) in 2001, built it into a multi-million dollar business, and sold it to The McCall Pattern Co. with a successful exit in 2016. At WCA, Krongard invented peel-and-stick chalkboard, obtained 3 utility patents, and set up multiple licensing channels across several industries from home goods to printing. WCA distributed product to over 2500 retail shops worldwide and Krongard’s exclusive designs for Target, Design Within Reach and QVC, along with features in over 90 national publications made the company a household name. Krongard has over 20 years experience in luxury product sales, licensing and specialty brand building to the female consumer. She is an expert in product design and development, sourcing, production, packaging, wholesale sales infrastructure, and overseas distribution. 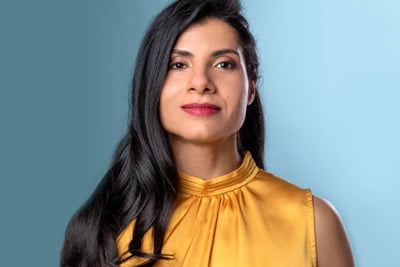 Carolina Vazquez Mitchell, MS is the founder and Chief Scientific Officer for Ciencia Labs (dreamt and LUCHADOR). A gifted scientist and product developer, Carolina was the Chief Scientific Officer at KushyPunch during the iconic brand’s heyday, before being the founding lab director for Innova Labs, a national cannabis testing facility. She is also a founding chair of the Legalization of Cannabis & Hemp Edibles division of the Institute of Food Technologists, and was named one of Dope Magazine’s Outstanding Women in Cannabis. To date, she has developed more than 60 cannabis products. Carolina is proudly born and raised in Guadalajara, and in her free time she works-out and adopts kitties. 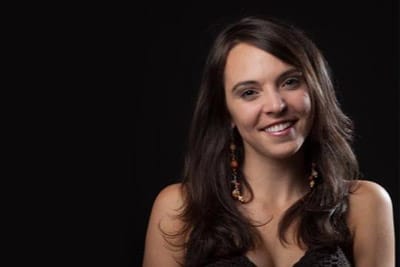 Prior to working in the cannabis industry, Katie worked as Music Director and on air talent for radio stations, KMMT and KRHV in Mammoth Lakes as well as KTKE in Truckee, CA. During that time, she founded a music and event promotion company, Fathead Productions, which raised money for local non-profits.

Katie has over 10 years experience in various aspects of the cannabis industry working in processing, cultivation, compliance, marketing, and sales leadership. Katie began her tenure with Jetty in 2015 as a sales representative before taking on a larger role as Key Account Manager. She navigated the new regulations in 2018 as Compliance Officer as well as spearheaded the licensing process for both manufacturing and distribution. During that time, she also project managed the due diligence process for a potential acquisition. At the end of 2018, she took the N Cal Sales Director position and shortly after took on a statewide role as Director of Sales. Katie has since become VP of sales with a role on the executive team guiding sales and brand strategy. 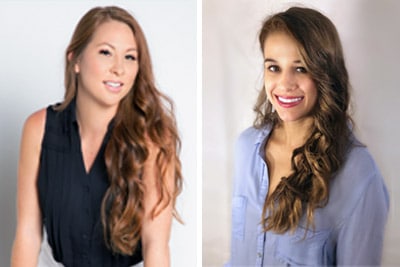 Krystal comes from a long line of established entrepreneurs. While attending Fresno State, she started her first company on campus before graduating with a Bachelor’s Degree in Business with a focus on Entrepreneurship. In 2014, she walked away from a media sales career to start Yummi Karma. Combining her love of business with her love of cannabis, Krystal sought to create a company that embodied her vision. She brings a fresh perspective to the industry and has successfully built cannabis brands that appeal to and empower women.

Recently married and settled in Costa Mesa, she loves to spend time at the beach and has fallen in love with yoga. Her enthusiasm and vision for the future of cannabis has her rising to any challenge, never letting the word “no” defeat her in the pursuit of success.

Chelsea is part of a new generation of cannabis executives. She attended University of Oregon (Sco Ducks!) specifically to prepare for a career in cannabis. Returning to California with a results-oriented mindset, Chelsea keeps the team on a path to financial success. She believes that everyone should have access to legal cannabis and is passionate about providing high quality finished goods that positively impact the lives of others. When she isn’t working (which is rare) you can find her playing with her rescue dogs at the beach or trying out new recipes. Her good-natured disposition makes her an excellent leader who is both well-respected and approachable.