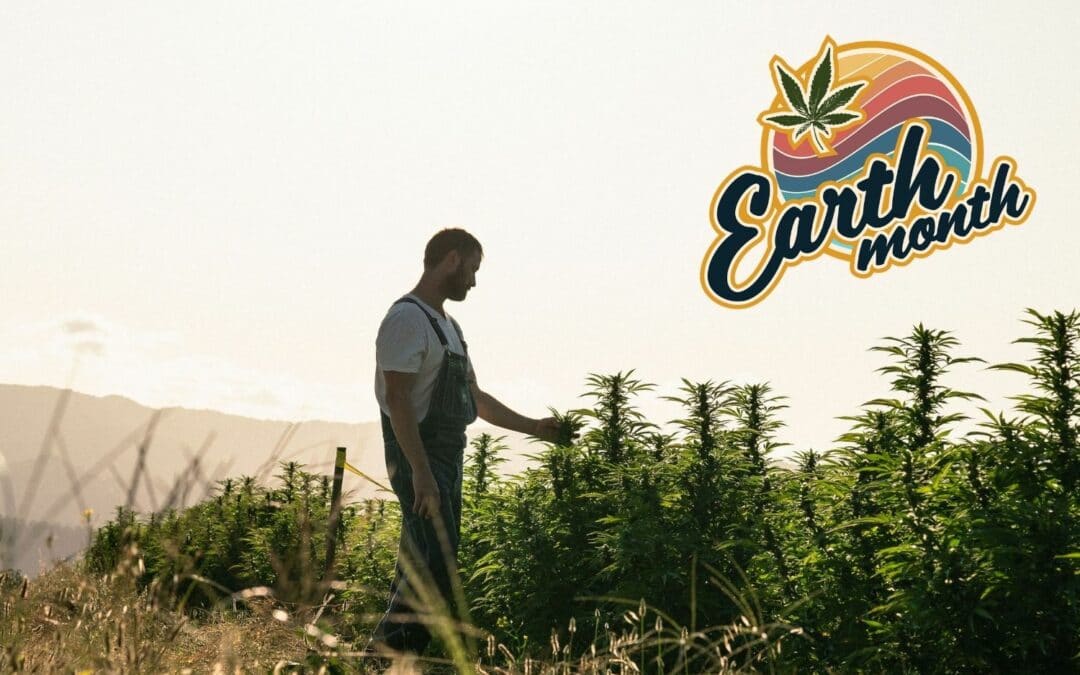 Brought to you as part of Torrey Holistics’s month-long celebration of earth month. 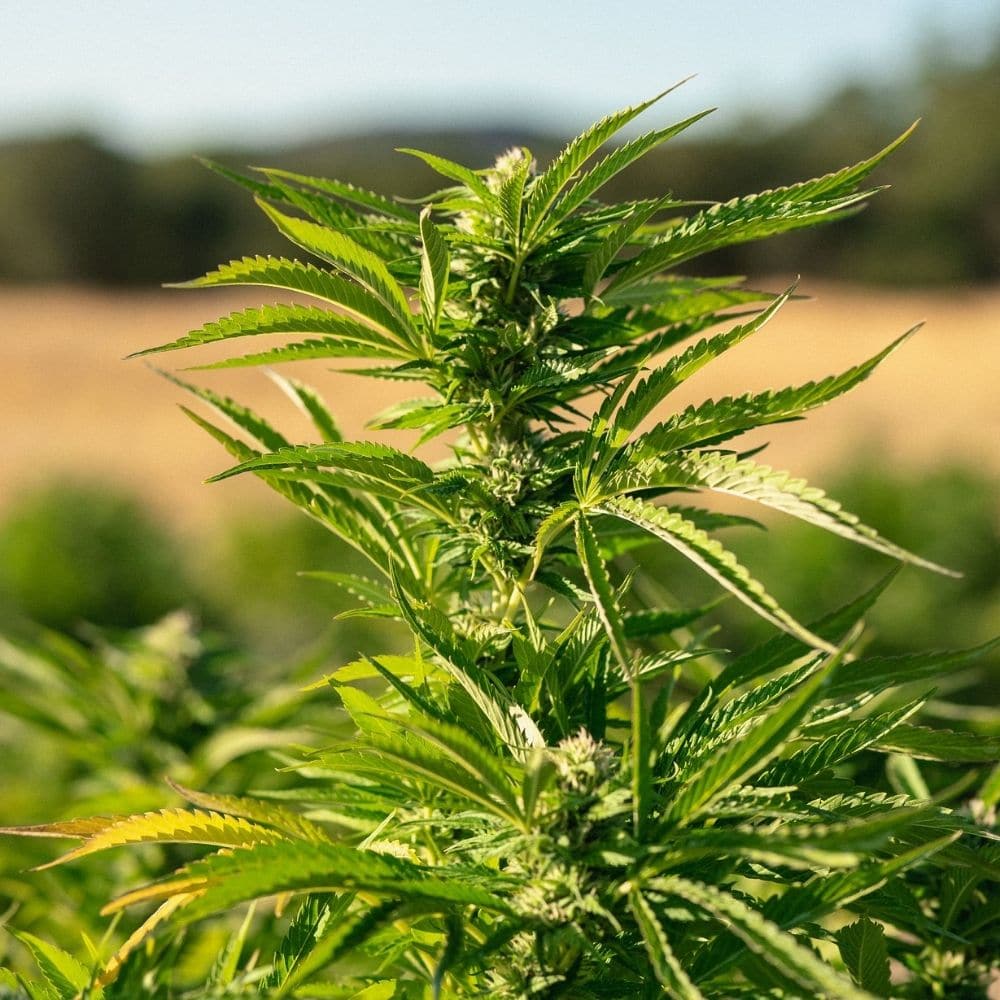 Cannabis is a hearty plant. It thrives in the gorgeous Emerald Triangle of Northern California, but truth be told, you could plant cannabis almost anywhere and it would likely be able to survive the conditions.

Surviving doesn’t mean great cannabis though, and in a landscape where appearance and quality are everything, which method do you implement to grow the best cannabis around? Many companies are forced to grow their cannabis inside, because the weather doesn’t permit outdoor grows. In the Emerald Triangle, however, cannabis is grown outdoors under the gorgeous California sunshine and in the microclimate’s fertile soil.

The Emerald Triangle produces more cannabis than any other region, and many people attribute that to the longstanding history of cannabis farming in the area. While that’s a crucial component to the Triangle’s success, it’s also because of the climate. The sun is prevalent in the area, shining nearly all year long, and plants grown in the Emerald Triangle receive all of it’s glorious benefits!

The sun’s rays are unbeatable

Indoor LED lighting is designed to mimic the sun’s natural rays, and that’s how plants are able to grow and live indoors. That’s why you hear terms like full-spectrum and broad-spectrum lighting, emulating both the full and partial electromagnetic spectrum of light. Indoor lighting creates great cannabis, and it’s an amazing solution for colder areas like the Midwest, but we will never be able to capture the power of the sun and bring it indoors. There’s just nothing like the sunshine! The sun will always emit more energy than an indoor grow could ever replicate, and it’s energy is free, unlimited, and boundless. Your plants can absorb the energy they need from the sun, and never take it all, where LED lights must be strategically placed in order for every plant to get the right amount of light.

You can save money growing outdoors

It isn’t just the boundless sun either. Growing cannabis outdoors means you can let the plants grow freely, and as tall as they’d like to go! You’ll retain bigger yields this way, and ultimately, make more money if you harvest more great flower than the indoor grow. Not to mention all of the money you’re saving on indoor equipment like lights, soil, nutrients, ventilation, watering systems, and other costs that come with cultivating cannabis inside. Pest management is a common problem in outdoor grows, and it leaves many hesitant to try it. Integrated pest management solutions are becoming more refined by the day, and there are plenty of options to maintain a (relatively) pest-free outdoor grow.

Outdoor cannabis grown under the sun also has a unique terroir. Terroir is a French term used to describe the different environmental factors that affect how a plant tastes, namely wine, including the climate, soil, topography of the region.Sungrown cannabis is very tasty, and generally considered to have a rich flavor pallet. It often tastes similar to the environment the plant was grown in, like the piney woods of California. Cannabis is flavorful as-is, and the climate’s ability to influence the plant’s flavor even more creates the opportunity for a truly delicious tasting product. Terpenes are the reason cannabis tastes so good, and anecdotal evidence says the sun produces the most delicious terpene profile you’ll ever taste. Terpenes are what’s responsible for making cannabis taste and smell the way it does, and the more abundant the profile, the yummier the plant.

Why do some people say indoor grows are better?

Despite the incredible advantages of sungrown flower, indoor cannabis is sometimes viewed as superior because of the ability to control the climate, and tailor the cannabis plant as you’d like to.

Techniques like changing the temperature can alter the color, taste, and smell of the cannabis plant, sometimes known as stressing it. This isn’t easy to do outdoors, and you can’t continue to produce a consistent product each and every time because we simply can’t control nature and the weather. With that being said, sungrown cannabis is packed with flavor, powerfully potent, and grown using the best cultivation tool we will ever have available to use: the sun. It’s a misconception that outdoor cannabis can’t produce as high of THC strains, because THC is primarily rooted in the plant’s genetics. If the strain leans towards high-THC yields, the plant will naturally do that, too.

Cannabis grown indoors consumes a massive amount of energy, whereas a sungrown flower consumes next to none. A 2011 article referenced a study that concluded 8% of California’s total energy usage was from growing cannabis indoors! It takes a huge amount of energy to sustain an indoor grow, and once you become a large facility with multiple locations, the energy consumption for your business alone is massive. You’ll need to run hundreds, if not thousands of lights (not to mention lights for the office part of your facility), ventilation, nutrients, and more.

Indoor grow facilities pump CO2 to increase plant production, but this accounts for between 11 and 25% of indoor facilities greenhouse gas emissions. Air conditioners, indoor lighting, and other running equipment also burn a lot of energy, but the biggest perpetrator is the constant need to bring fresh air into indoor grow facilities—also known as exchanging the air. But the outside air can’t just come in as-is; it needs to be treated so it’s the right temperature and humidity for the existing plants.

The Mountain West, Midwest, Alaska, and Hawaii are the energy-gobblers of the U.S., consuming more energy for indoor cannabis cultivation than any other American area. This is simply because of the harsher climate conditions creating a need to control the cannabis plant’s climate more than other areas of the country.

Businesses on the Atlantic and Pacific coasts showed a lower energy consumption cost overall, because of their mild climate conditions. Southern California produced the lowest emissions overall, at 143 pounds of carbon dioxide equivalent per ounce of dried cannabis. O’ahu, Hawaii clocked in at 324 pounds of CO2 equivalent per ounce of dried cannabis, which is equivalent to burning roughly 16 gallons of gasoline. From indoor cannabis cultivation in Hawaii alone!

Colorado’s indoor grows account for 1.3% of the energy consumption in the state’s total annual emissions, similar to the emissions produced from coal mining and trash collecting in the state.

Organic agriculture is incredibly beneficial for our ecosystems and wildlife, mainly because there are no harmful chemicals to soak in the soil or runoff in the water sources. But when you plant cannabis specifically, you’re actually contributing to the process of phytoremediation. Phytoremediation is when the roots of a plant, in this case cannabis, dig deep into the ground and absorb harmful pollutants and any beneficial organisms that might still be there, too. Cannabis has been literally shown to clean the earth around it, and has been used to clean up incredibly toxic environments like Chernobyl. 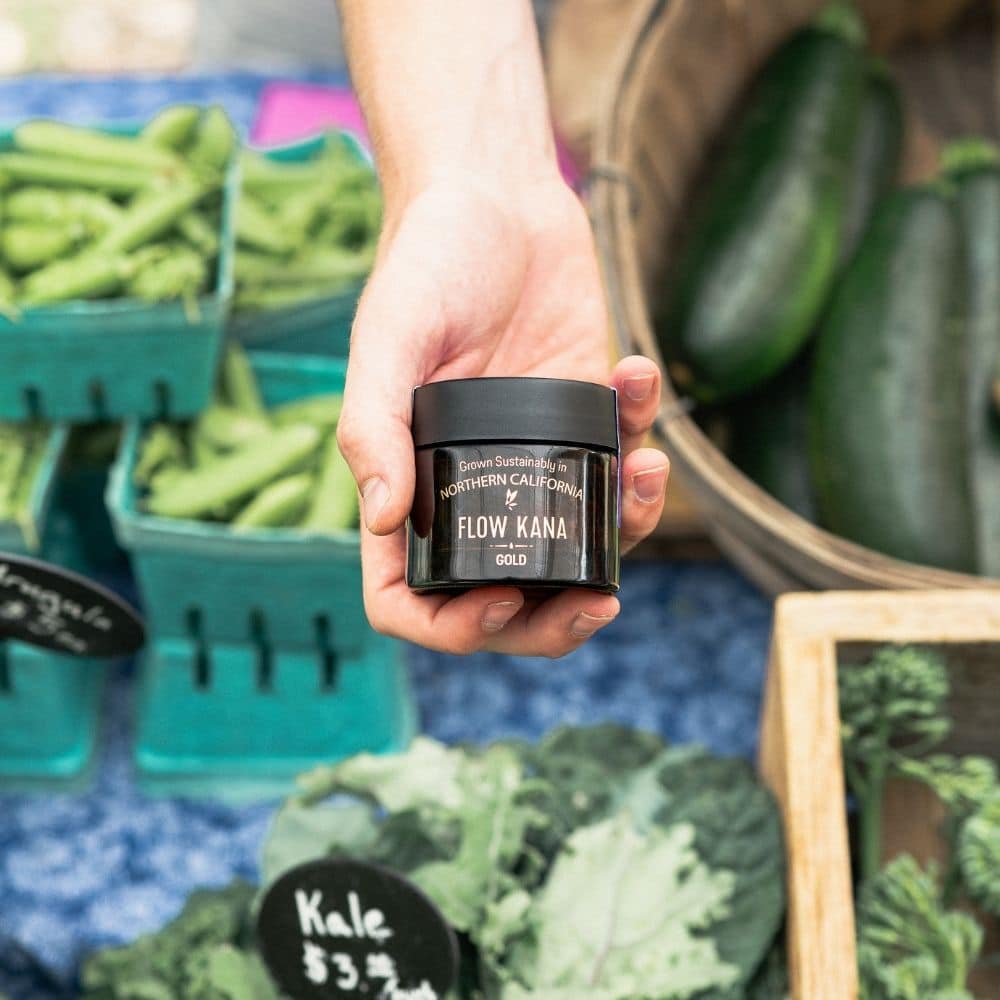 When you purchase a sungrown cannabis product like Flow Kana, you are supporting an independent, small farm in The Emerald Triangle. You are supporting the environment, the local economy, and yourself as you treat yourself to some of the best cannabis around. Ask your cannabis consultant which Flow Kana products are available on your next trip to Torrey Holistics or visit their menu online.