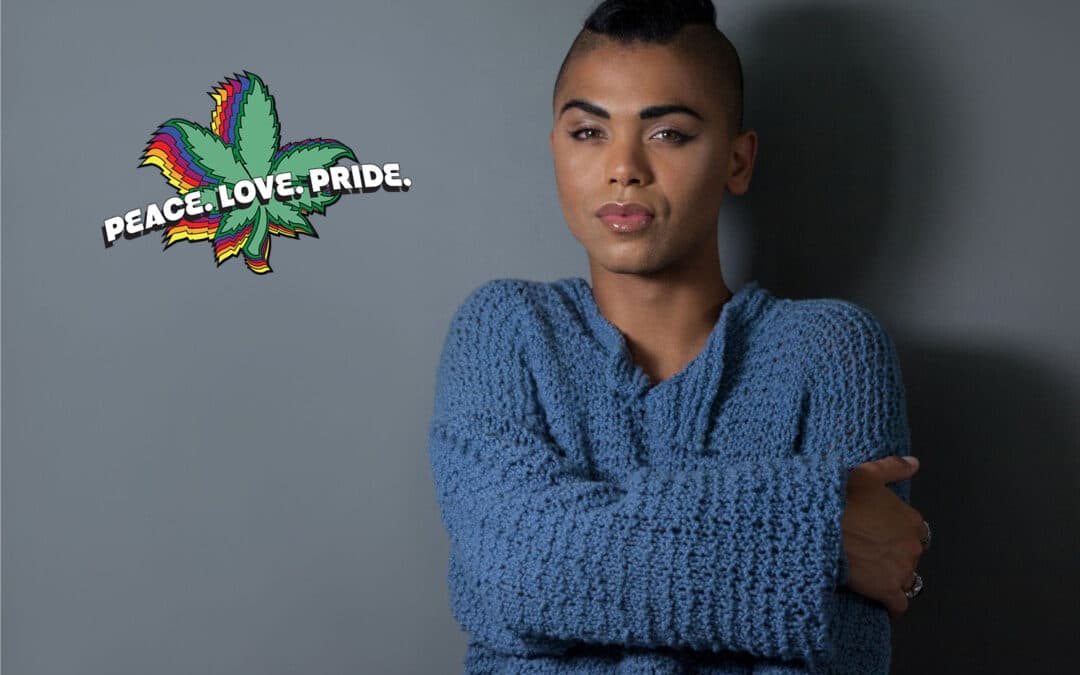 Even in a world where phrases like gender-fluid and the use of pronouns like they/them are becoming more socially acceptable, transphobia runs rampant. So far, in 2021, 33 states have introduced more than 100 bills that seek to curtail the rights of transgender people. Living in such a country can make even talking about one’s gender feel daunting. Could cannabis help?

“Exploring gender can feel really messy,” says psychologist and author of Building Open Relationships Dr. Liz Powell. “The narratives we see about trans people are like, ‘I got my first binder, and I put it on, and it felt amazing, and I knew it was exactly right.’ That is the case for some folks, but for others, including myself, the experience of gender is way less clear than that,” Powell says.

As current legislation demonstrates, the U.S.’s relationship with gender has both gotten better and worse. The same could be said for cannabis. While it remains a Schedule I drug, the House Democrats recently reintroduced the MORE Act. This legislation would remove cannabis from the federal Controlled Substances Act, wipe clean certain marijuana-related offenses from individuals’ criminal records, and direct money towards individuals and communities, particularly those of color, hurt by the War on Drugs.

The controversial cannabis and trans advocate Buck Angel, known lovingly by his fans as Tranpa, warns the LGBTQIA+ community not to take recent legalization efforts for granted.

“I watched people die during the AIDS crisis, and it was horrifying,” Angel says. “I would go to downtown LA and pick up pounds of marijuana from the street. We were really advocating for the legalization of cannabis because we watched how it helped,” he says, tearing up. “You just can’t even imagine. People were just dropping like flies daily and no one cared.” He points out that Black folks and other communities of color were also disproportionately affected by AIDS. “It is really important for the community to be connected to cannabis,” he says. 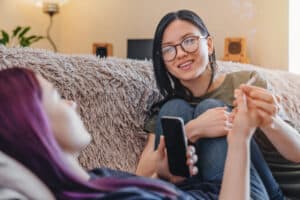 Side effects of THC include euphoria, enhanced senses, and lowered anxiety and inhibitions. These qualities not only bring communities together over a joint but could allow folks exploring their gender to move freely, sometimes literally.

“An idea that came from my therapist for me to explore the more masculine side of my being was to do some kind of dancing or movement in my masculine self rather than my feminine self,” Dr. Powell says. “It was super daunting to do until I had a little bit of cannabis, and it freed up my ability to experiment. Having something that broke me out of day-to-day consciousness gave me the freedom to explore.”

Daniel Saynt, 38, who lives in New York City with roots in Puerto Rico, founded the sex club NSFW, or The New Society for Wellness. Saynt identifies as two-spirit in the Taíno tradition, an indigenous people of the Caribbean. He (Saynt also uses the pronouns they/them) says he didn’t feel comfortable investigating his gender until his 30s.

“I felt feminine at times in my sexual encounters with men and felt a more motherly feeling in my approach to friends and my community. There’s always been a deep desire to conceive children, not just as the sperm donor but as a womb to carry and produce,” Saynt says. He notes that he’s historically kept quiet about these feelings because of his external masculine appearance; Saynt is tall and broad-shouldered (but always in a leather skirt).”I’d often imagine the feeling of life being created inside of me, often while smoking weed. As I began to research more into my indigenous culture, I came to learn of two spirits. I gained more respect for marijuana and other plant-based drugs in helping with the mental blocks we place on ourselves which prevent us from seeing our true selves.”

Research shows that trans folks are significantly more likely to experience trauma, and as a result, experience depression and post-traumatic stress disorder. One 2016 study found that of the sample studied, 26.5% experienced depression, and 44.4% met the criteria for probable PTSD. Research also shows that cannabis can treat PTSD by reducing anxiety, modulating memory-related processes, and improving sleep. “When I am trying to deep dive into certain feelings, process a traumatic event, or trying to unpack a difficult conversation, cannabis encourages a natural flow state that helps me cut through my own bullshit and get into my real feelings,” says Tiffany Whitmore, the CMO of the cannabis brand Kush Queen. As a GNC (gender non-conforming) person, processing these types of feelings is directly tied to my comfort level.” 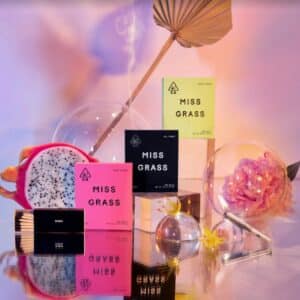 While Dr. Powell hails the ability of cannabis to help one feel embodied, they caution that any substance can be abused, and one should always use weed responsibly. “Cannabis can be a way to reconnect with yourself and give you space to explore, or it can be a way to numb yourself out and avoid feeling things,” they say. When using cannabis therapeutically, always check in with a doctor or therapist and heed the rules of safe marijuana use. A professional can help one find the proper method of intake or strain suited to an individual’s needs. Always start low and go slow, with a few puffs, before smoking more. If one uses edibles, start with 5mg or even 2.5mg, and see how that feels. Wait two hours before ingesting more. Remember that one can always take more, but once cannabis is consumed, it’s a multi-hour-long commitment.

Angel stresses that just like with sex, safety is a must when using cannabis to explore one’s gender. “Do not take for granted the legalization of cannabis. Don’t be sloppy about it, don’t misuse it, and don’t be irresponsible,” he says. “The newer generation can not ever forget why we have legalization of cannabis. We need to understand that people lost their lives to get to where we are today.”